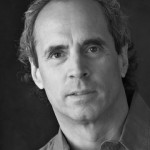 Editing Audio; “Can you hear my voice?”

Music creates excitement or sets the mood in a movie or TV program. Any video becomes much more engaging once music is added. The editor can tell the viewer how they are supposed to be feeling at that moment, or the beat can motivate the “call to action”.

But, is music more important than dialogue? No!

Then why do so many programs/movies drown out the dialogue with music and sound FX? How many times have you struggled to hear what the actors were saying because the volume of the music was louder than their voices; When editing audio – “Can you hear my voice?”. Many times the music volume peaks during the program’s climax. But, this is when it is of utmost importance to hear the dialogue. As Wikipedia describes it; “The climax or turning point of a narrative work is its point of highest tension and drama, or it is the time when the action starts during which the solution is given. The climax of a story is a literary element. A literary element is a “ necessary feature of verbal storytelling”. So, why do so many audio editors make it so difficult to hear the most important “Voices”?

The motivation for me to write this blog came from watching the evening news, specifically the CBS Evening News with Norah O’Donnell. When Ms. O’Donnell highlights the top stories at the beginning of the newscast, background music makes it hard to hear her voice. CBS has lowered the volume of that music as of Thursday, 11/7. Now, tell me, how many people tune into the news to hear music? None. They want to hear the top stories of the day, and, most often, the stories themselves create enough drama in and of themselves. I have yet to hear a commercial where the music drowned out the voices because the dialogue is selling you something. Millennials may like the music but they don’t watch the evening news. Before I start to discuss audio editing, one more important thing about the evening news is that the average age of the viewers is 60! This is for CBS, ABC and NBC as well. At that age 25 -30% of the population starts to have some hearing loss making it even harder to hear the voice over the music.

Editing Audio:
Hey CBS, here’s a tough assignment, attenuate the music! All audio software programs have auto ducking which automatically lowers the volume of the music (or soundFX) when paired with the dialogue track so at each pause in the dialogue the music volume comes up. I don’t know if auto ducking works with a live broadcast. Manual volume adjustments are simple and key framing has been simplified with the aid of volume sliders in the effects control panel.

Music volume can be increased in relation to the voice if it is at a different frequency. An adult male’s voice will be between 85 and 180 Hz, and a female voice will fall between 165 – 255 Hz. So choose a song with a lower frequency with a female voice. 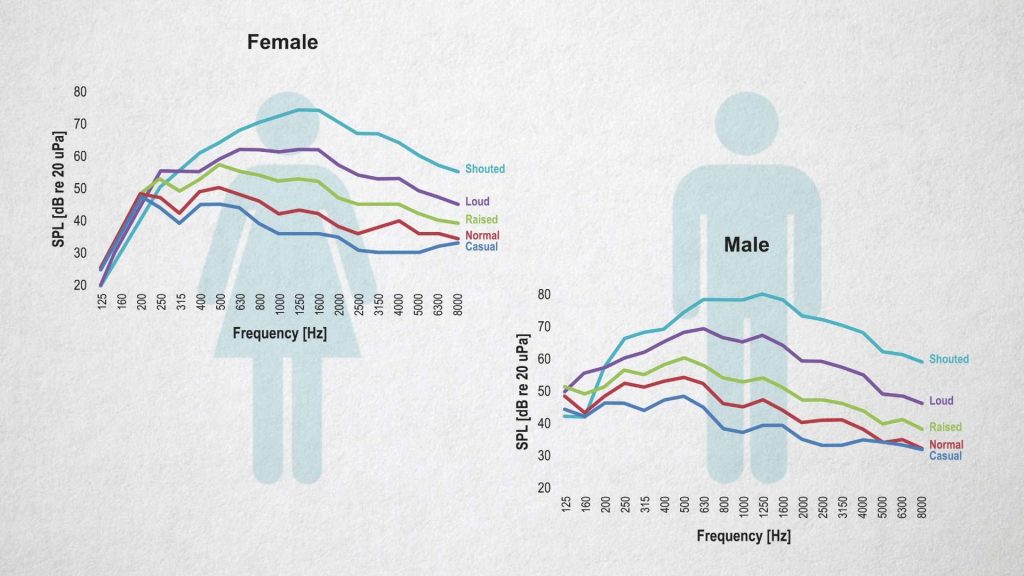 The frequency range that humans can hear is 20Hz to 20,000Hz. Sounds less than 100 Hz vibrate in our chests. You can see that human voice is well within our total range

For the following two audio clips I set the music and dialogue volume close, within a few decibels, to prove a point; the frequencies of music and voice should be different.

The volume of the male voice is only about 2-4 dB (decibels) higher than the music, but the voice is at a lower frequency.

For the music with the female voice I added a “simple high cut” effect to create more separation between voice and music, I.E. music has less high frequencies, and it’s volume was only 2-3dB less than the voice yet the voice is clearly understood. This was done to prove a point but I normally set the music volume much lower.

Also, for dialogue, add a subtle boost to the graphics equalizer. Presets are good for targeting the right frequencies for a male or female voice, about 1.75kHz. Using the graphic equalizer I can lower the music volume at the frequencies of the voices. Then a high pass filter can remove low noise in the dialog if an AC unit was adding a humming sound when the dialogue was recorded.

All this can be done in Premiere Pro’s audio editing tab.

When outputting for broadcast, different stations have standards for audio levels which can be quite low, about -24 dB. For a reference; I generally record dialogue at about -12dB. For web videos the volume can be much higher; I would not allow the sound to peak above -3db for the entire soundtrack, dialogue, music, FX and ambient.

Below is an interesting chart to help you understand decibels, or dB.

Protect your hearing: noise above 90 dB can cause hearing loss, which includes many power tools. A man shouting will reach 80 dB.